The American Institute of Certified Tax Planners is an independent, not-for-profit corporation which trains and certifies tax professionals in the philosophy of proactive tax planning. The organization, which administers the Certified Tax Coach, Certified Tax Planner and Certified Tax Strategist designations, upholds a strict Code of Ethics to ensure the highest standards of integrity and excellence among its members. The organization also offers a network of resources, ongoing education, and joint venture opportunities to its members. Founded in 2009 in Cincinnati, OH, AICTP is the premier organization for helping business owners and investors keep more of what they earn.

The AICTP is registered with the National Association of State Boards of Accountancy (NASBA) as a sponsor of Continuing Professional Education on the National Registry of CPE Sponsors.

To affirm tax planning as a central discipline in financial services.

We help trusted advisors develop their expertise and realize their value to build a thriving business that:

About the Certified Tax Coach Designation

There are fewer than 800 skilled professionals in 50 states who have achieved this specialized designation. Dominique Molina is the co-founder and President of the American Institute of Certified Tax Planners (AICTP). As the driving force and visionary behind the San Diego-based company, Dominique set out to change the way tax professionals approach tax planning. In 2009, realizing that many tax professionals were missing government tax breaks that could save millions, Dominique began to create an elite network of tax professionals including CPAs, EAs and tax attorneys who are trained to help their clients proactively plan and implement tax strategies that can rescue thousands of dollars in wasted tax. Dominique has successfully licensed over 1,000 tax professionals as Certified Tax Planners across the country, creating a national network of highly qualified advisors.

Prior to founding Certified Tax Planners, Dominique successfully managed her own practice, a San Diego-based, full-service tax, accounting, and business consulting firm, serving hundreds of business owners and investors across the country for seven years. Preceding this, Dominique assisted a variety of clients for the largest independently owned CPA firm in San Diego.

Dominique has a bachelor’s degree in Accounting from San Diego State University, is a licensed CPA, has a Masters of Law – LLM, Tax Law, from Thomas Jefferson School of Law, and is a Certified Tax Strategist.

Dominique is an accomplished keynote speaker, teacher, best-selling author, and mentor to tax professionals across the United States. Dominique routinely speaks for Surgent CPE and the AICPA Women’s Leadership Summit, among other leading professional groups. Realizing that many tax professionals were missing government tax breaks and loopholes that could save millions, she began teaching and writing to educate both individuals and tax professionals. Dominique is best known as the coauthor of six best-selling books, including Tax Breaks of the Rich and Famous, The Great Tax Escape and Get Paid What You’re Worth. Dominique frequently appears as a tax expert and TV guest in regional television markets, including San Diego, Los Angeles, New Orleans, and Honolulu. Dominique frequently appears in print, television, and radio programs, including CNN Money, and was named one of the 40 Most Influential Accountants by CPA Practice Advisor Magazine and a recipient of the 2014 Financial Services Champion Award from the SBA. 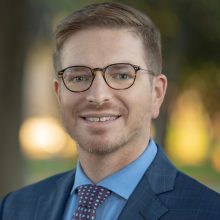 Thomas A. Gorczynski, EA, USTCP is a nationally recognized speaker and educator on federal tax law matters. He is editor-in-chief of EA Journal, author of the Tom Talks Taxes online newsletter, the co-author of the PassKey Learning Systems EA Review Series, and co-owner of Compass Tax Educators.

He is an Enrolled Agent, a Certified Tax Planner, a National Tax Practice Institute Fellow, a Certified Tax Resolution Specialist, and admitted to the bar of the United States Tax Court as a non-attorney.

Tom earned a Master of Science in Taxation from Golden Gate University and a Certificate in Finance and Accounting from the Wharton School at the University of Pennsylvania. He received the 2019 Excellence in Education Award from the National Association of Enrolled Agents and the 2018 Member of the Year Award from the American Institute of Certified Tax Planners.

Tom’s tax practice in Phoenix, Arizona focuses on implementing advanced tax reduction strategies and representing taxpayers with complex tax problems before the IRS and in the United States Tax Court. Michelle’s mission is to help accountants, EAs, CPAs and bookkeepers sell high-level services to their clients without the sleaze! She is the founder of The Pitch Queen and The Abundant Accountant.

Her professional business journey started in finance, but selling became her expertise and specialty. Michelle’s 20 years of sales experience includes working with multiple CEOs at billion dollar companies, landing contracts with national retailers like Costco and The Vitamin Shoppe, and pitching her way onto ABC’s Shark Tank.

Michelle teaches how to have empowered sales conversations and overcome objections. She has successfully trained CPAs how to actually and efficiently IMPLEMENT powerful techniques adding $10k to $50k in additional revenue every month. Her students learn how to value their worth so they can earn more, work less, and have the life of abundance they deserve.