I want to thank CPA Academy for inviting me to share my knowledge of Social Security benefits with their community.  During the webinar the participants brought up some really important questions and while I’ve responded to every question via email, I also wanted to make sure to make my answers available here as well.

Feel free to navigation through the questions below if you missed an email or want to learn more about Social Security benefits.

[toggle title=”Q: If parents are eligible for SS, but deferring collection, what is the effect on a dependent on SSI?”]  SSI is calculated regardless of the parent’s benefit amount.  However, if you are referring to a dependent child of a retired worker, a child may receive up to one-half of the parent’s full retirement or disability benefit, or 75 percent of the deceased parent’s basic Social Security benefit. However, there is a limit to the amount of money that can be paid to a family. The family maximum payment is determined as part of every Social Security benefit computation and can be from 150 to 180 percent of the parent’s full benefit amount. If the total amount payable to all family members exceeds this limit, each person’s benefit is reduced proportionately (except the parent’s) until the total equals the maximum allowable amount. [/toggle]

[toggle title=”Q: What difference does it make to a divorced spouse if he/she files for the spousal benefit at age 62 or age 66 or anywhere in between or later?“]  The spousal benefit for a divorced spouse is based on the ex spouse reaching FRA.  The difference it can make for your client, is it allows them to file a restricted application so their own worker benefit can grow through delayed retirement credits, allowing them to accrue larger benefit amounts while they receive cash through the spousal benefit.  [/toggle]

[toggle title=”Q: If a taxpayer reaches FRA in Nov 2015 according to the SSA since he reaches FRA in 2015 he can file for his worker benefit in Jan of 2015… granted he will have a reduction in benefit but he will get about $2,400/mo for 10 extra months in 2015; also he has earnings below $35,000 in 2015 so not $1 for $3 offset — Question: Can his working spouse who reaches her FRA in Feb 2015 file for spousal benefits (about $1,200/month) to begin in Feb 2015 since her husband filed for his benefits to begin in Jan 2015? This will give them both 10 extra months of $3,600 per month. Also, can her earnings be ignored since she is taking spousal benefit?“]  While this is possible, be sure to run a projection to make sure you are not missing out on overall cash flow in the long run.  As an example, filing prematurely may provide about $24,000 of more income over the 10 months, however, if your client lives to full life expectancy, you may be giving up $60,000 in additional cash flow to get the $24,000 in the beginning.  Instead, you might consider having the spouse file in February since she reaches FRA earlier, the husband can claim spousal benefits to bridge to his FRA, then he can enjoy the cash flow for 9 extra months and still get the benefit of an additional $60,000 over his lifetime. Keeping in mind that these numbers are estimates.[/toggle]

[toggle title=”Q: Please confirm that 2 spouses who are the same age, they both can file and suspend and ONE file for spousal benefits — correct?“]  It is not permissible for each spouse to file and suspend his or her own worker benefits and then file a restricted application for a spousal benefit based on the other’s work record.  What you might consider instead is selecting the higher earning spouse (or the spouse with the longest life expectancy) and recommending a file and suspend strategy.  Then, the remaining spouse files a restricted application which allows them to claim their spousal benefits only, meanwhile, their own worker benefit continues to increase. [/toggle]

[toggle title=”If I took the spousal benefit at age 62 from my ex-spouse who I was married to for more than 10 years and continue to work full time.  Will I have to repay the spousal benefits because my income is about 75k? And will this delay my earnings level until age 66 so I can switch to worker benefits at age 66 which would be higher?“]

The other strategy discussed, the “file and suspend” strategy, is never needed, since the former spouse does not need to file for benefits for the ex-spouse to become eligible for benefits.  Meanwhile, when claiming the spousal benefit, you may consider filing a restricted application for your spousal benefit and let your own worker benefit earn delayed retirement credits until age 70.  Your own continued earnings during this time will not require you to repay any benefits, however, it may mean that more of the social security spousal benefits are taxable due to your increased MAGI.

[toggle title=”Q: When you say you are ‘saving them $100K’ what are you referring to?“] When calculating the tax savings amount, I run projections to determine the client’s current “course of action.”  That is, if they were not to take your advice, what would their total estimate tax liability be over their life expectancy without optimizing their strategy.  Next, I calculate the total estimated tax liability under your filing combination and retirement plan withdrawal strategies.  The difference in tax liabilities represents the tax savings amount as well as the value of your work! [/toggle]

[toggle title=”Q: Does that 132% take into consideration the potential return of taking the benefit early and investing it?“] You are referring back to my statistic stating that claiming social security benefits applied for at age 62 rather than age 70 results in a loss of 132% of the total available benefit amount.  This relates to cash value only and does not take into account potential investment earnings during that time.. [/toggle]

[toggle title=”Q: Does the value of Benefits calculated differ if it is a SE (Sch C) taxpayer versus employed?“] Worker benefits accrue based upon earning subject to social security tax.  This applies to both W-2 wages as well as earned income subject to self employment taxes. [/toggle]

[toggle title=”Q: Can you File and Suspend at age 62, or is this option only available at FRA?“] No, you can only file and suspend at FRA.  [/toggle]

[toggle title=”Q: Can you obtain spousal benefit if divorced and you have not remarried?“] Yes!  As long as the couple was married for at least 10 years, the unmarried spouse can qualify for spousal benefits and survival benefits based on their ex-spouse’s worker benefit. [/toggle]

[toggle title=”Q: If husband and wife work in business should their wages be equal if planning for SS benefits?“] When evaluating wages in the business, it is best to follow the reasonable compensation rules as described in the Internal Revenue Code.  As such, wages should be determined based on job description and a reasonable wage paid for the work performed, regardless of Social Security benefits projected.  With that issue aside, one common mistake I see practitioners make is to include only 1 spouse on payroll as a way to reduce self employment taxes. Not only can this become an issue for reasonable compensation audits, but it also limits the non wage earning spouse’s worker benefits from Social Security.[/toggle]

[toggle title=”Q: Can it go the other way for spousal benefit – the husband being the ‘spousal’?“] Yes!  The spousal benefit is calculated based on the highest earning spouse – either husband or wife. [/toggle]

[toggle title=”Q: Can you wait to file for social security but go ahead and file for Medicare?“] This is actually an important consideration for more than one reason.  First, if you decide to delay your retirement, be sure to sign up just for Medicare at age 65.  If you do not sign up, in some circumstances, your Medicare coverage may be delayed and cost more.  However, be sure to pay any Medicare premiums out of pocket while you are accruing delayed retirement benefits.  If not, your social security benefit will be claimed to pay the coverage and it will count as if you have filed for benefits.  Delayed benefit credits will not continue to accrue. [/toggle]

[toggle title=”Q: If someone retires at FRA but take widow benefit (spouse SS) will own SS continue to accrue to highest monthly payout and then switch at age 70?  Or does own SS stop accruing if retire and collecting SS from deceased spouse?“] Claiming spousal benefits at FRA allows a recipient to accrue delayed retirement credits on their own worker benefit while receiving cash.  This is a great way to bridge to the higher benefit amount. [/toggle]

[toggle title=”Q: Q: What happens if a spouse dies before they start collecting their SS and they were entitled to it and they just tried to delay?“] Although the worker is no longer alive to enjoy the increased benefits, should a spouse delay and pass away before filing for benefits, the surviving spouse will still receive an increased survivor benefit as a result of the delayed retirement credits.
[/toggle]

[toggle title=”Q: Q: If you start social security at 62, what is the period you need to stop and repay so you can start at 65 plus and get the higher benefits?“] Unfortunately, the law was changed in 2010 to restrict your ability to withdraw your application for benefits. Rather than having the opportunity to withdraw your application and repay your benefits anytime, recipients now only have 12 months to make a withdrawal and repay benefits in order to capture delayed retirement credits. If you have a client who filed at age 62, they have just 12 months to withdraw their application and repay to delay until FRA. [/toggle]

[toggle title=”Q: I have a client that did this example. Both began collecting benefits at age 62. When wife died at age 67, the husband was told he did not receive any additional money?
“]Even though this sounds unfortunate (and it may be) if both of your clients’ benefits were relatively the same, the result makes sense. Remember, when looking at survivor benefits, the lower amount goes away, and is replaced by the higher amount. It’s important to consider this when planning. If it can be avoided, it might make better sense to have one spouse delay filing for benefits – this will not only result in higher lifetime cash value, but also result in a higher spousal benefit. [/toggle]

[toggle title=”Q: Can / should a reverse mortgage be used to delay drawing SS benefits?“] All things considered, this could be an excellent way to bridge your client’s cash flow so they can capture increased delayed retirement credits. However, you always want to evaluate the overall financial effect when making recommendations. If it doesn’t make sound financial sense, it’s probably best to steer clear of it. [/toggle]

[toggle title=”Q: What about the time value of money?“] Thanks for bringing this issue up. Most financial advisors will present their financial projections using time value of money. This is especially helpful when displaying a bigger financial plan including social security benefits. To keep things simple in explaining options to the client you might also consider not including this information.[/toggle] 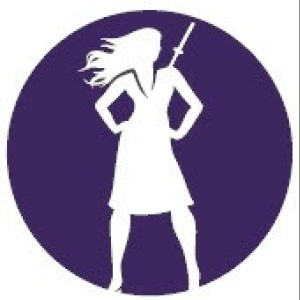 PrevPreviousHow Can You Prevent Clients from Getting Upset When Charging Premium Fees?
Next21 Day Challenge Day 2Next